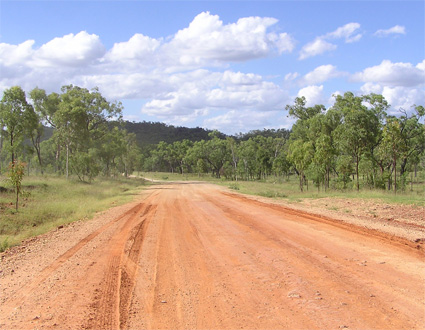 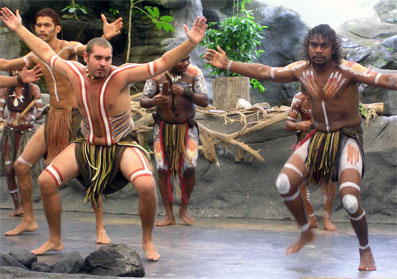 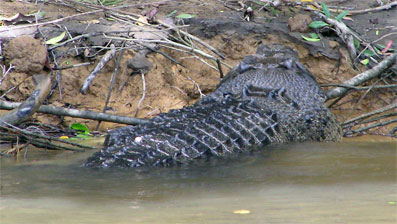 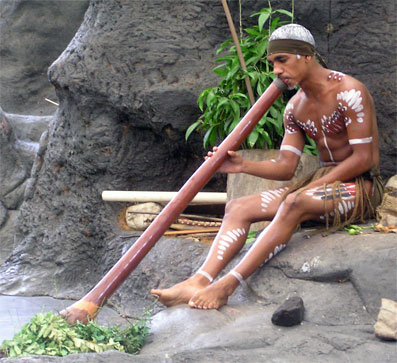 We really liked Cairns, it was one of the best city in Australia, and we would like to go there again. We were there 10 days, but it was too short time to be there. In Cairns we met "real" Australia.

One day we had a trip in the Daintree (about 100 km to the north), where we looked for the crocodiles. It was very exciting trip for the boys, whose have waited to see real crocodiles. We found 9 crocodiles from baby to very old crocodiles. Our boys drew whole night the pictures about crocodiles after the trip.

The other day we visited in aboriginalvillage. They had there a document about their history and beliefs, they danced traditional dances and played their traditional instrument dinderidoo. We tried too to play it, but it was so difficult for us, althought it seemed so easy. But we bought CD. They showed  for us too how to throw their spears and boomerangs, when they are hunting. In North-Queensland live many aboriginals, some of them live in aboriginalreserve, but the most of them live in the normal city. They have a own language, in fact many languages, but all of them can speak english.

The next day we drove to outback (outback is Autralian´s desert). We drove about 150 km from coast to the other direction and we came to outback. We didn´t met there so many people, but we saw lot of kangaroos and one wildpig. Our dream had been to see "real" kangaroos, and now it happened. We were happy. We drove to a one little village, Chillangoe, and had a lunch there. The food was old-style-food, and I remember that I have eaten this kind of food in Finland in the little village where we had a summercottage, when I was a child. It was unforgettable.

These days were our last days in Australia. We have been here 3,5 months and we will miss Australia. Maybe next time we will spend more time in outback and in the north Australia. The life in the big citys, like in Brisbane and in Sydney are quite same like in big citys in Europe.

And now we are going to continue our journey to New Zealand, see ya! 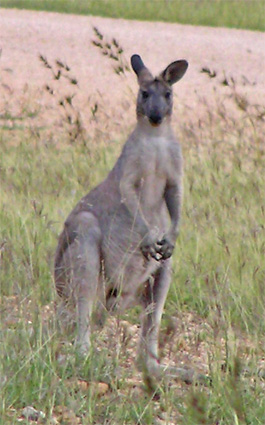